Woman boxer got knockout but still won the fight, how did that happen? 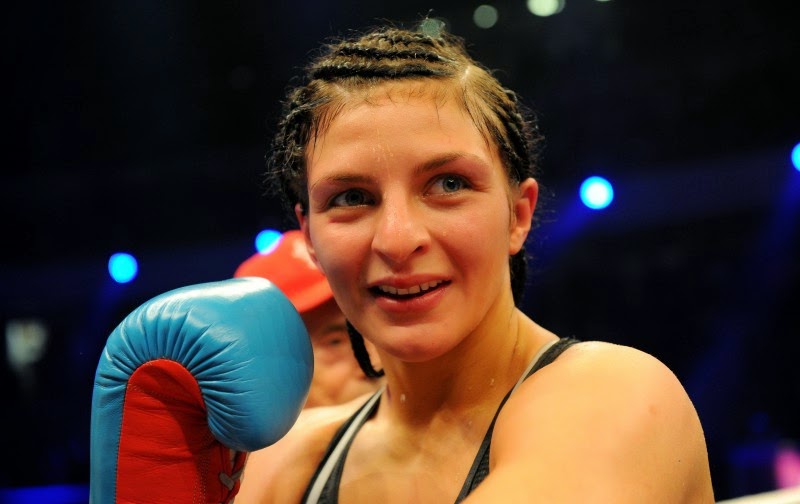 How to get knockout and still win


July 26, 2014 Christina Hammer gets dropped to the canvas by a series of punches, fails to recover then is eventually announced as the new women's jr middleweight champion via DQ over Anne Sophie Mathis. This sum up what happened on the fight but the decision to declare her as the winner may seems questionable to some, we can all argue if the punch was legal or not and if you look at the replay it wasn't very clear, but if the other side is not complaining we are not either. The 23 years old 5'11 German boxer will remain undefeated in 18 fights.