How Much (More) Money will the 1st PBA Pick Make Compared to the 3rd Pick, Seems Unfair! 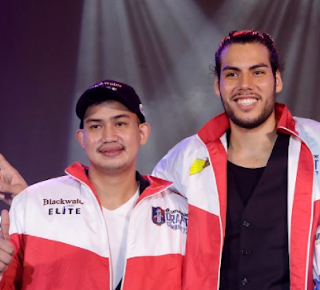 Standhardinger and Jose are only one pick apart in the rookie draft but their salary won't be that close as Blackwater Elite may still be unsure if the D-League MVP is worth the same hefty money that number 1 and number 2 pick is getting.

If you have not heard yet, San Miguel Beermen Rookie Christian Standhardinger and NLEX Road Warriors Kiefer Ravena are getting a max rookie deal that is worth around 8 million or about 230,000 per month. We certainly have no qualms about the salary of the first two picks as they deserved it given that they are already a proven star in their own rights and their upside is just astronomical but, Raymar Jose isn't exactly far behind as the young Raymar is also a proven leader during his college years in FEU amassing good numbers in points and rebounds. He wouldn't be picked number 3 for nothing, right?

Raymar Jose has also played with the ASEAN Basketball League squad Kaohsiung Truth and of course, he also represented the Philippines as part of the Gilas Pilipinas squad so surely he has all the achievements to show and get a good starting salary at par with what Standhardinger and Kiefer Ravena is getting.

According to sources,  the 6'5 forward will be getting P100,000 less than the first and the second pick, in fact, he might be getting less money than Perkins or Teng.  Blackwater team manager Johnson Martinez is said to offer Jose a meager amount of P120,000 a month for the first year and P180,000 for the second.  Even Perkins who is the fourth pick will get more money than Jose at 150,000 for the first year.

Blackwater, however, added that his second-year salary would go up to 180,00K and if he will be able to prove himself, then he would get an additional performance bonus.