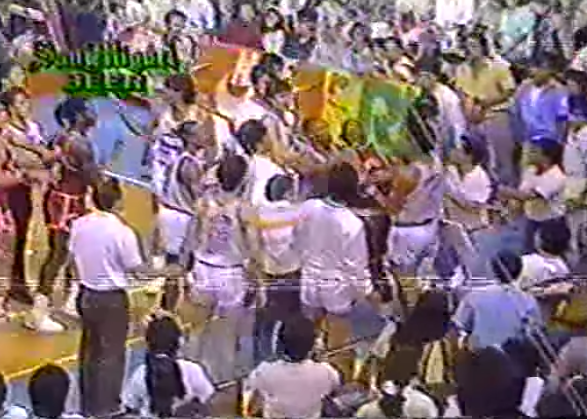 The PBA has been operating  for a long time now, being the oldest professional league in Asia, it has it shares of good and bad memories, and today we look at one of the worst PBA brawl featuring two of the top teams during the 80's.

Dec 11 1988 - during game 4 of the battle for third place between Añejo and Presto. Arguably the worst brawl in any PBA game, it was a bench-clearing incident in the 3rd quarter. Anejo Rummasters prevailed, 171-145, and a lot of players were fined for that melee, with the stiffest fine on both Añejo explosive imports Joe Ward and Tommy Davis.