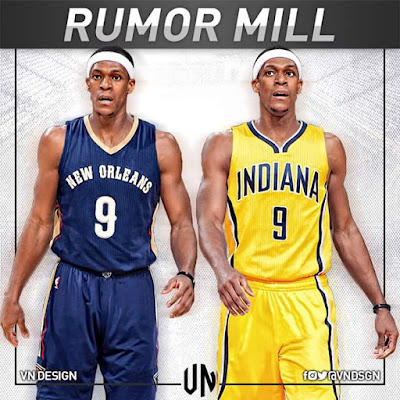 After trading Jimmy Butler, the best player on the Bulls roster to the Wolves, the Bulls may still have some surprising moves to pull including whether to keep or waive their veteran point guard.

Rajon Rondo was one of the best point guards in the NBA and as his game diminishes teams just could not find any reason to keep him. Since 2014, he had been with 4 teams, from Boston, Dallas, Sacramento and now the Bulls.

Averaging his lowest minutes played per game since his rookie year, the former all-star may be in the middle of some roster renovation of the Bulls that may result to him being waived and playing for another team again.

The Bulls has a good incentive of waiving him and just be responsible for paying him $3 million dollars. On the other hand, if they choose to retain him, they would have to honor the 13.4 million last year's contract.

Rajon Rondo isn't a bad player and is still drawing interest from Indiana Pacers and New Orleans Pelicans who may actually need the service of Rondo.