Derrick Rose may bloom again after issue outside the court was cleared. 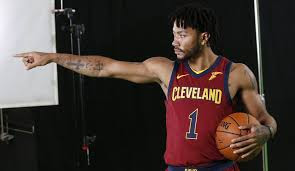 Derrick Rose was one of the most promising players before injuries ruined his once bright career, but it isn't the only issue he is experiencing. Derrick Rose ex-girlfriend accused him of rape back in 2013 and while this incident got nothing to do with basketball, it is still a baggage that Rose has carried in his head for some time.

Last Wednesday, however, the Jurors have officially cleared the former MVP of the accusation.  Derrick Rose and two friends was in a lawsuit of gang raping his ex-girlfriend when she was incapacitated from drugs or alcohol.

Derrick who will be playing with his 3rd team in his 9 year career is up for a fresh start and is en route to proving critics wrong.  Rose signed for a veteran minimum to play with LeBron James in Cleveland in hopes for a championship ring.