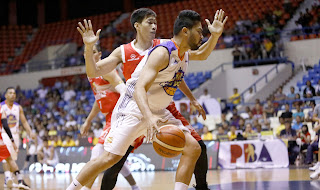 Trade Never Stops as PBA teams have been making one trade after another and this next one is another shocker.

The 35-year-old former 2004 number four overall pick of FedEx Express will be playing for his 3rd team. Ranidel De Ocampo spent his first four years with FedEx Express before being traded to TNT where he found success and played for 9 years.

Below are some of his achievements while playing for TNT franchise.

Now in his 13th season as a PBA player, De Ocampo will see himself playing for his 3rd team after being traded twice in one day.

Ranidel De Ocampo ended up landing with a team under the same owner as TNT so it probably won't be that difficult for him to make adjustments. The movements that have been happening in the PBA are moves in preparation for next season.