Global Port Management Unwilling to Trade for Romeo Yet or Never

Terrence Romeo Trade or not? 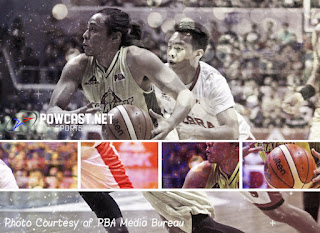 Yes, there are confirmed reports that the flamboyant 25-year-old star from FEU requested for a trade.

Yes, there are rumors on potential landing teams but none of them may be final or true as defiant Global Port Management wants to keep their young star within the team.

Just a few weeks since the news broke out, Global Port has been mum about the development. The team governor of Global Port, however, has expressed his own sentiments on Facebook and has been really clear about his position. "NO TRADE".

Frankly, the position of power still lies in the management and they could still make some moves to rectify whatever damaged relationships if there are or appeal to the said request of Romeo in order to make him happy and keep in the team.