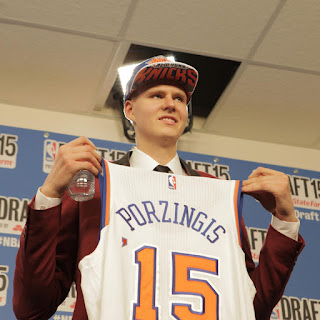 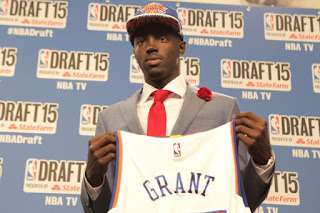 New York Knicks fans were divided into two: Most of them were unhappy and very few were satisfied with how it ended up. The Knicks also got Jerian Grant(Grant was picked by the hawks but Knicks acquired this pick by giving Tim Hardaway Jr to the Hawks. Knicks fans were worried because Melo prime may go to waste due to the possiblity that Kristaps will be a project. On the other hand I am really confident that Porzingis was drafted due to his potential, he could be the best player in this draft if he pans out well, he also said that he wanted to play for New York and during the post draft interview he stated.


The Knicks wanted Okafor when Lakers decided to pick Russell but the Sixers didn't want let Okafor pass by, special knowing that Okafor is going to their Rival. I am still 50/50 on this because I believe that Kristaps can be an all star in this league. But we all know there is a big "if". With that said a lot of people is in disbelief that Phil Jackson took this route. Is this somewhat 76ers like? "Trust the process" for New Yorkers "trust Phil Jackson"? We will soon find out if the Zen Master is right again.

Here is a brief interview of Kris after he was introduced to the public media.
Video Courtesy of Basketball Interview:

Keep it posted here @ powcast.net as we all wait for The Summer League.