Shawn Marion may retire according to ESPN. 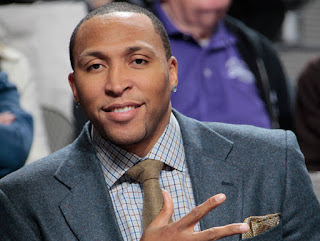 
He told the newspaper at the time that he believed he could play another two or three seasons but that being away from his first child, infant son Shawn, convinced him it was time to walk away.
"I wanted to go out on my terms," Marion told the newspaper. "The biggest thing is having a son. I got attached to him. Seeing him periodically is hard. Watching him grow up on pictures and videos is hard."

With Dallas he was able to win 1 NBA Championship in 2011, when the Mavericks beat the Miami Heat by a virtue of 4-2.

It has been a great career for the matrix one of the most well rounded players to play the game, with that here is his career highlights.


Thank you so much for giving us a great career Shawn Marion, we wish you the best on your future endeavors and good luck with your family.


For more NBA news and updates. Keep it here @ powcast.net