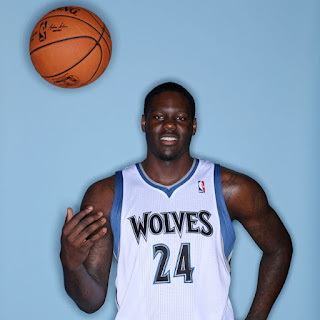 
•​ The Timberwolves have also made Anthony Bennett, the No. 1 pick in 2013 available for a trade, ESPN's Marc Stein reports.

It's sad to think that the Wolves won't need Bennett due to the fact that they have a log jam on front court. They have KG, Pekovic, Dieng, Hummel and #1 pick.  So this is probably the main reason why they want to trade Bennett, A lot of people thinks he is a bust, they might be partly correct but he can also be a solid player if he work on his game and am sure he is doing that right now. Best case for him would be Derrick Coleman like career or worst case Clarance Weatherspoon. I think Wolves might package Benett with one of their late first round picks to climb up or with Kevin Martin as well. The best fit i can see for Bennett would be with the Clippers assuming they don't get Pierce, he would thrive playing next to CP3.