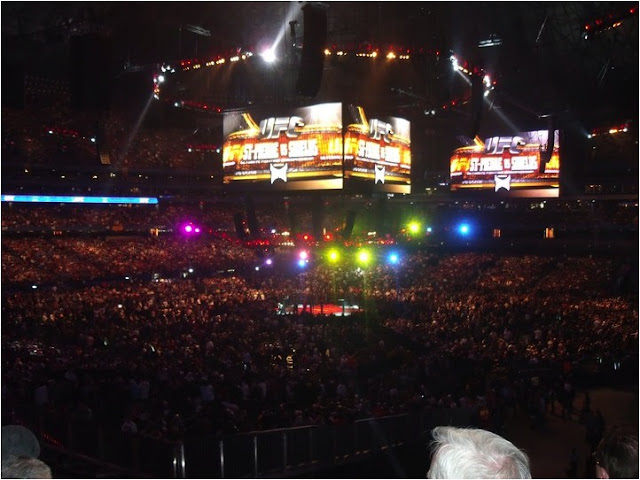 October 7, 2016 around 1:57AM, I saw URCC light heavyweight champion Chris Valdez Hofman reposted ONE heavyweight champion Brandon Vera's post that the UFC just cancelled their entire PI card on Facebook. At first, looks like a rumor since BJ Penn had to pullout of the fight.  Seconds later, a legit source FOX Sports twitted that the UFC Fight Night: Lamas vs. Penn to be rescheduled after losing half of main event. Filipinos are not pleased especially fight fans.

The reason stated by UFC was due to the loss of the main event. I don't understand why as they have many fighters to replace Penn. Bryan Caraway, Robert Whiteford and Dan Hang even offered to fight Lamas.

But there's another side of the story that makes sense too. Every athlete will have to give blood for drug test. When you test positive, passport will be confiscated in country. Was it redundancy then? Because USADA tests these UFC fighters for performance-enhancing drugs and masking agents. URCC founder Alvin Aguilar also speaks about UFC Manila cancellation.

Slow ticket sales was also the big suspect to have led to the cancellation of the event.

I hope UFC will still fulfill the second unforgettable show they will put on for Filipino fans. WILL IT SOON BE TIME?

“The consistently warm reception we receive from Filipino fans and last year’s sold out event shows us that UFC has an incredibly strong following in the country. Manila is a fighting city and we hope to put on another unforgettable show that will capture the hearts of Filipino sports fans throughout the country,” Kenneth Berger said, Executive Vice President & General Manager of UFC Asia

Anyone that knows me knows I love MMA. MMA's biggest fan was hurt. I just want to watch the fight card. I don't care what's on social media. Is the UFC Manila still happening this year? If not when will it ever happen again? 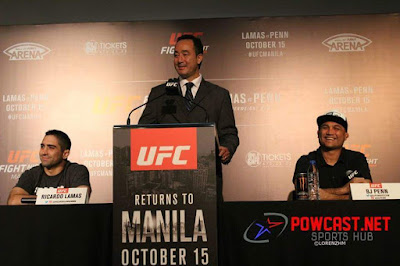 It's that time again Pinoy fight fans! On October 15, the wait is finally over for yours truly and the rest of MMA fans! Two division world champion BJ Penn a.k.a The Prodigy and the No.4 in UFC featherweight rankings, Ricardo 'The Bully' Lamas will headline the second UFC event to be held again at the MOA Arena, Manila.

The scheduled lightweight bout between Damir Hadzovic and Yusuke Kasuya for UFC 203: Miocic vs. Overeem was moved to UFC Fight Night 97 here in the Philippines due to former visa problem.

Jon Tuck was again added to the card. He was part of the first UFC Manila and the winner of his bout against Tae Hyun Bang. This time he will square off with lightweight Alex Volkanovski. Mehdi Baghdad was originally the one scheduled to face Jon Tuck. However, Baghdad pulled out of the fight in mid-September citing injury and was replaced by promotional newcomer Alex Volkanovski.


One of the best fights was @JonCruzTuck 's! Beautiful skilled submission! He'll secure a brighter future on #UFC 👊 💪 pic.twitter.com/vl4P430D1X
— αρρℓε (@AplTanMamba) May 17, 2015


Jenel Lausa is an Ilonggo mixed martial artist and Pacific Xtreme Combat (PXC) flyweight champion. He signed a 20-month exclusive deal which guarantee him 4 fights with the UFC. "The Demolition Man" will make his debut for the promotion representing the Philippines. He will go against the Chinese flyweight Yao Zhikui. Yao was part of the first UFC Manila card and defeated the Filipino fighter Nolan Ticman.


UFC Hall of Famer and former UFC lightheavyweight champion Chuck “The Iceman” Liddell, former UFC lightweight champion and No. 6 ranked UFC featherweight contender Anthony “Showtime” Pettis, No. 3 ranked UFC heavyweight contender Alistair “The Reem” Overeem who was at the first UFC Manila and No. 8 ranked UFC lightweight contender Michael “Maverick” Chiesa alongside UFC event ambassador Mark “The Filipino Wrecking Machine” Munoz were also announced as special guest fighters who will be flying in early to meet fans and watch the highly-anticipated event. They will be arriving during the UFC’s official Fight Week (October 10-15) to take part in a series of fan and media activities including: