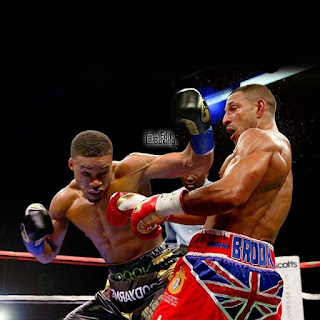 27 year-old Spence Jr was a former 2012 Olympian and now the mandatory challenger for Brook's IBF strap. He is unbeaten with the record of  21 wins with 18 knockouts. Spence Jr's most significant career victories were his 5th round knock out of Chris Algieri and his 6th round TKO win over Leonard Bundu.

Brook (36-1, 25 KO) will be defending his belt for the first time since a March 2016 win over Kevin Bizier, his last mandatory challenger, Brook will defend his IBF strap for the fourth time though he move up in weight to fight Gennady Golovkin in September, a fight that ended with Brook stopped due to an injury to his orbital bone.