“He doesn’t believe in himself. Until he believes it, the fight won’t happen.”

- Evander Holyfield says Floyd not confident that he will beat Pacquiao 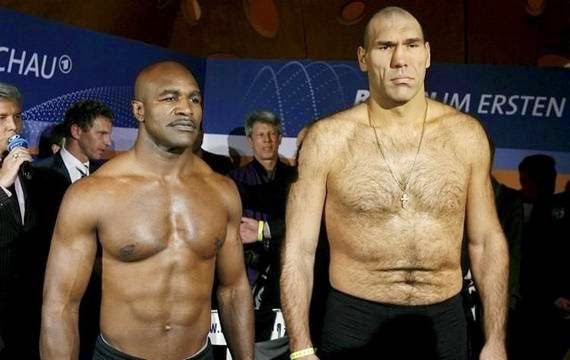 Remember this fight? If you are boxing fan you would. Evander Holyfield fought this giant of a monster for the WBA Heavyweight title back in 2008. He lost the fight  but that fight could not have happened if Holyfield wasn't confident enough to fight this oversized heavyweight. Look at him he is so small compared to Nikolao Valuev.

While it's not new to us and you probably are getting tired of hearing the same news, Evander Holyfield add up to the number of people who thinks Floyd is afraid or not confident enough to face the 8th division champion from the Philippines Manny Pacquiao.

We still think that the fight between Floyd Mayweather and Manny Pacquiao should happen, like the rest of the world, but don't count on it, won't happen anytime soon. However, if it does happen it would be called the world cup of boxing.

Let me know what  you think itwould it take for Floyd Mayweather to accept a fight with Manny Pacquiao.