The most horrific and the ugliest NBA brawl in history, watch the full video 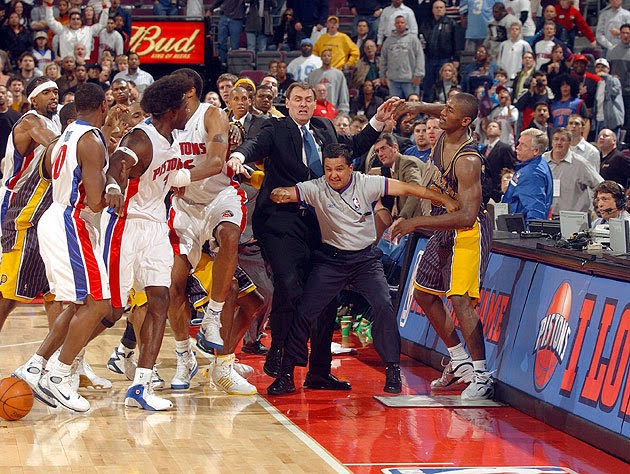 The 2004 NBA champion was the Detroit Pistons it was a historic night for the franchise but within the same season the Detroit Pistons and the NBA universe witness the most horrific and the ugliest NBA brawl in history.  Ron Artest now Metta World Peace, Stephen Jackson, Ben Wallace and practically everyone in the line up was involved, including the fans. 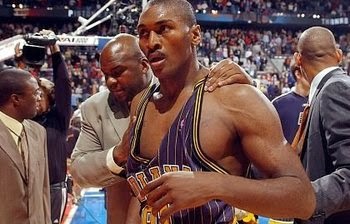 The repercussions led to nine players being suspended without pay for a total of 146 games, which led to $11 million in salary being lost by the players. Five players were also charged with assault, and eventually sentenced to a year of probation and community service. Five fans also faced criminal charges and were banned from attending Pistons home games for life. The fight also led the NBA to increase security presence between players and fans, and to limit the sale of alcohol.