It was just a month ago after the Barangay Ginebra San Miguel won their first championship in eight years and the PBA already opened it's 42nd season. Let us examine how each team did in the offseason. 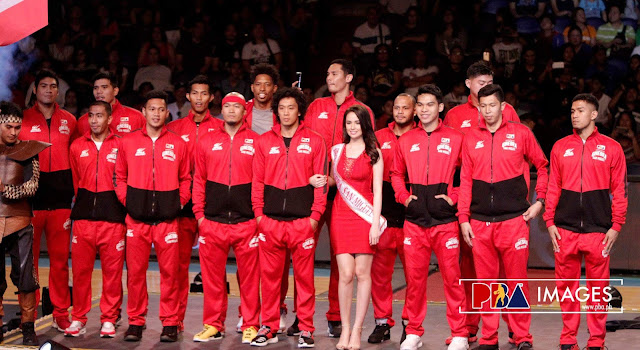 Taha is definitely an upgrade of Nico Salva. With his scoring and defense, he proved that he belongs to the PBA with his stint in GlobalPort and Mahindra in his first two years in the league.

He had his best performance in the league so far with his lone conference with Mahindra, averaging 11 points on 48.5% shooting, 3.2 rebounds and 1.4 assists in just 23.9 minutes of action per game.

Ginebra also added a shooter in Kevin Ferrer after picking the gilas 5 member in the special draft of this years PBA draft. Ferrer had a successful collegiate career with the UST Growling Tigers. He made 6 three pointers and scored 24 points in the 3rd quarter of Game 2 of UAAP Finals last season that forced the series into do-or-die game only to lose to FEU Tamaraws in Game 3.

Ginebra also got another banger inside the paint in Jammer Jamito. A surprised 3rd pick in the draft. The basketball analysts are comparing Jamito to a young Gabby Espinas and Vic Manuel. They've also added 6'11 big man Jericho De Guzman as contingency for injured Greg Slaughter.

Slaughter is expected to be back in the third conference or as early as the playoffs of Commissioners cup.