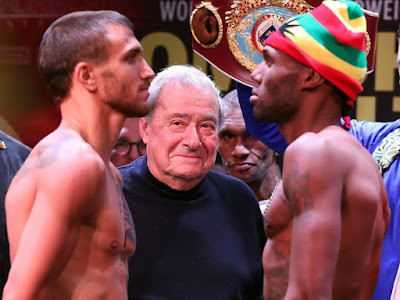 Ukranian Lomachenko weighed in at 130 pounds while Jamaica's Walters tipped off the scale at 129.5 pounds. HBO will televised the championship fight between Lomachenko and Walters.