And The Rookie of the Year is not Joel Embiid, It's Malcolm Brogdon from the Bucks, Who is He? 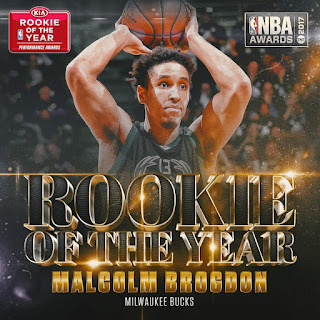 In the Philippines, the most popular rookie is Joel Embiid, it's probably because he advertises well online and there is no one else in the Sixers franchise who is more interesting than him right now.

Ladies and gentlemen....  Malcolm Brogdon of the Milwaukee Bucks!