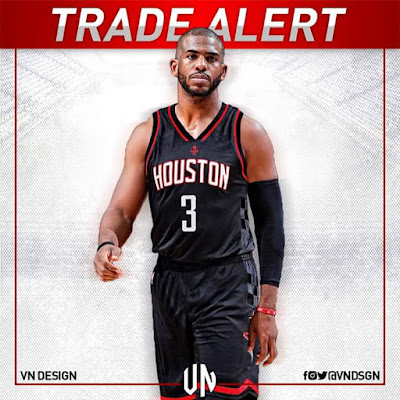 Chris Paul is packing up and will be going down Houston to team up with the Bearded One.

Chris Paul spent six years of his career with the Clippers. He averages 19 points per game for six years and has been one of the most consistent point guards in the league today.  The move makes Houston Rockets one of the contenders once again in the West and the backcourt can arguably be the best in the NBA today.

After six years of falling short with their goals, the Clippers organization has changed its gear and is probably going to be on rebuilding mode again after the pieces they brought years ago could not deliver them to the promise land.