ICYMI: Lakers Draft Results and the Trade with Nets for Brook Lopez 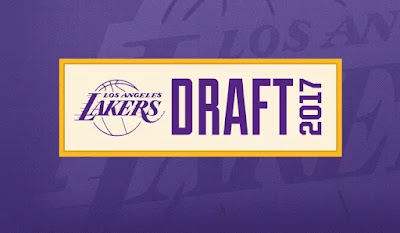 The Lakers entered the 2017 NBA Draft with 2 picks in the first round, the #2 and #28. By virtue of a few trades, they ended the night quite differently.

They started the night by selecting Lonzo Ball, guard out of UCLA with the #2 overall pick.

Catch the introductory press conference on Friday, 6/23 at 2:30pm PT. Livestream on Lakers.com or the Lakers app or Lakers Twitter/Facebook.

As a result of the Brook Lopez trade with the Nets, the Lakers acquired the draft rights to the #27 pick, Kyle Kuzma, forward out of Utah, sending D'Angelo Russell and Timofey Mozgov to Brooklyn.

The #28 pick, acquired from Houston in the Lou Williams trade, was then traded to Utah for the #30 and #42 picks. The Lakers followed that up by selecting Josh Hart, guard out of Villanova, with the 30th pick and Thomas Bryant, center out of Indiana, with the 42nd pick.

Following the draft, GM Rob Pelinka addressed the media about the day's action.