Jobert Alvarez aims for the top again after victory 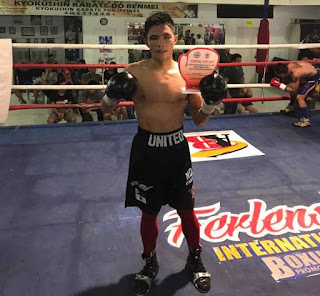 Alvarez puts Lauro in trouble in multiple times but tough Lauro managed to escape with his akward style. Alvarez was trying to push a late round stoppage win but a cut on his eyebrow from a head clash was bothering him in late rounds. Alvarez almost shutout his opponent but the judges atleast gave one round for Roque Lauro. All judges gave the same score of  99-91 in favor of Alvarez.

In his interview during United Cup 16 at Makati Cinema Square, Alvarez aims for the top again after his impressive win.

Alvarez who held various regional and International titles including WBO-NABO, WBC Continental Americas and Asia Pacific titles is still under the management of Nonito Donaire Sr. and now training with Jun Agrabio in United gym.