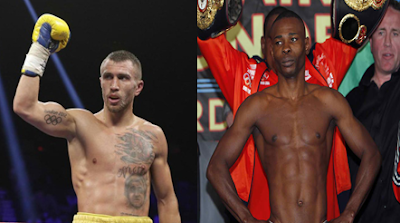 Boxing fans have been demanding a mega fight between two of the best scientific boxers the WBA Superbantamweight champion Guillermo Rigondeux and WBO Super feathweight champion Vasyl Lomachenko for a long time since Lomachenko made name for himself in professional boxing.

Vasyl "Hi Tech" Lomachenko will be defending his title against Miguel Marriaga on August 5th at Microsoft Theater in Los Angeles while Rigondeux has been ordered by WBA to do a rematch with Moises Flores following a first round knockout win has since been changed to a No-Contest due to the knockout blow coming well after the bell.

Lomachenko with his manager acting as translator interview with ES News.

“Be a man. Take your manager and promoter, come to my promoter. My offer to you is, all the money I'm going to get and all the money you're going to get...put in place, and the winner will take it all," he said via his manager.

Rigondeux is willing to move up Super featherweight division to face Lomachenko but there is no official negotiation between the two sides.