2015 NBA DRAFT : The first pick and The Wolves Organization . 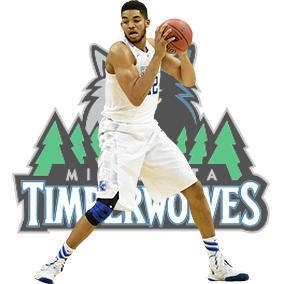 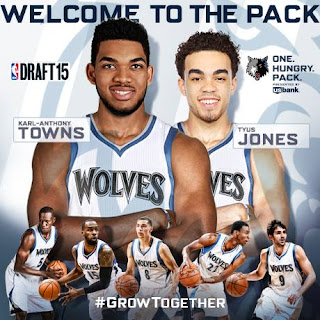 Yes! this was the moment that I have waited for as a Timberwolves fan since the Kevin Garnett days.

Its no secret that Towns is the first pick what surprised me the most is that they were able to get Tyus Jones as well, yes I know he isn't going to be a top tier PG but he will be a good one.

The Core of this team is full of promise: We have something to look forward to in the near future.

I could go on and on about how this team could be, But I would just state the obvious, Kevin Garnett will be a great role model for Towns and the young stars of this team. I am calling it now KG returned here because he wants to bring a ring for this town, he may not be able to do it as a player but once he claims part ownership of this team. He would do everything in his power to put together a great roster that can win it all.

You may think I am dreaming but hey its not that far fetched If you ask me :) !

I am not the only one who's crazy about this : here is a short clip of the fans reaction after the first pick was announced:

Keep it here! we have a long way of waiting for the next season of the NBA, but once again we @ powcast.net will be here for you. I will be writing more stuff about the draft and team assessments the next couple of months :)