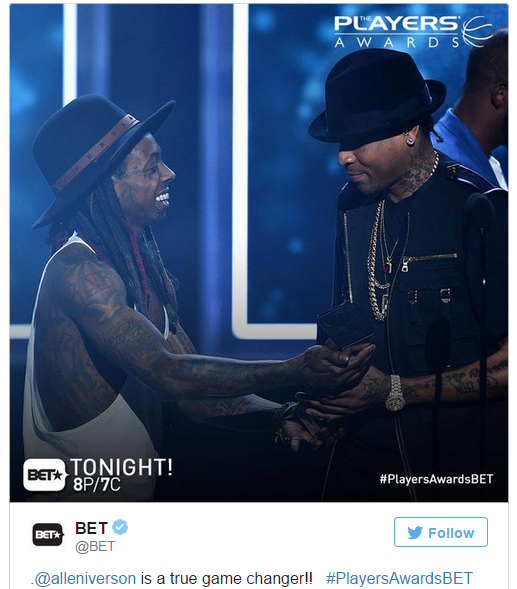 While accepting the Game Changer Award at the National Basketball Players Association's inaugural Players' Awards, Iverson began his speech with a sign of respect for MJ, perhaps the most famous victim of his lethal crossover.


“If it wasn’t for him, I wouldn’t be on this stage,” Iverson said. “I wouldn’t have had the vision to be a basketball player. So I love him for that, and I honor him for that.”

Iverson’s moving speech transitioned from the court to the world, and he said that each day is the “same fight, different round

“When I leave out of the crib every day, people always say to me, “What up, AI?’” Iverson said. “I tell them the same thing 99.9 percent of the time. I tell them, ‘the same fight, different round.’ This world is a world title fight. Some days you’re going to get knocked down. Some rounds are going to be good. Some are going to be bad. The only thing that matters is getting back up and fighting again.”