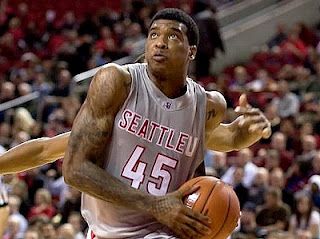 Initially, the Barangay Ginebra Gin Kings have Justin Brownlee as their import for the PBA Commissioner's Cup which will kick off this weekend. But since Brownlee has an ongoing stint with the San Miguel Alab Pilipinas who have reached the ABL Finals, the Gin Kings went to Shane Edwards as a stand-in import for Brownlee. But, with Greg Slaughter projected to miss the first half of the elimination phase for the mid-season conference, the Gin Kings decided that another import change is a must for them to have someone who can temporarily replace Greg Slaughter.

He joined the NBA Draft back in 2010 but was left undrafted. From there, he bounced from the NBA G-League where he played in the 2012 All-Star Game, to various international competitions which saw him play for Spain, Puerto Rico and, two teams in Bahrain. He last played in the NBA D-League for the Austin Spurs after getting drafted in the 2016 draft.

Can he replace Greg Slaughter?

If you are to believe Ginebra Coach Tim Cone, Charles Garcia is a traditional big man as he has been scouting the latter in the past. Having said that, Tim Cone is hoping that Garcia can produce the same numbers that Greg Slaughter usually produces on a daily basis. Can Garcia actually deliver the goods? We all have to play the wait-and-see game to know.

In terms of height advantage, nobody can beat Greg Slaughter. But now that he's out until the first half of the elimination round, the Gin Kings can only hope that Charles Garcia will make good of his opportunity. After all, Ginebra fans aren't easy to be pleased. At the end of the day, the Gin Kings will have to make do with the players that they have.