A Brief History of the Car Dashboard 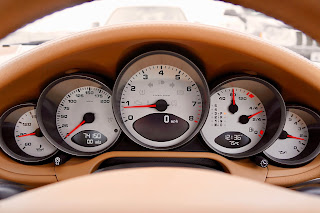 Since cars first started being mass manufactured, car dashboards have always continued to advance and change with the times. Over the years, they have continued to display different information to drivers, and nowadays, they can act as a high-tech nerve centre of your vehicle, with all manner of controls available at your fingertips. But have you ever wondered where they first originated from and how they have changed? If the answer is yes, here is a whistlestop tour which aims to give you some more information on this very subject.

The first car build for modern people was the Ford Model T, which was first conceived in 1909 when automobiles were first being devised. Since it only reached top speeds of 35mph, there was no need for speed gauges at the time. All the way up to the 1923 model, the only measurement device that you got on there was an ammeter, which was a point between the battery and the voltage regulator.

After the end of the Second World War, there was a significant leap forward when it came to the demand for motor vehicles. And with the growth of new brands and advertising, more artistic dashboard design started to be used so that the cars had their own unique sense of identity. All kinds of gauges and dials started to appear, but how useful many of them were is something which is up for debate. A major safety feature - the airbag - was introduced into vehicles in 1953.

Cars started to become more and more practical as the 1990s progressed, and this meant the introduction of all sorts of features which were considered useful to modern life including air conditioning, cup holders and speed gauges. Many of these creations were influenced by the longer amount of time that people were spending behind the wheel when they were commuting to work or heading out on long road trips. Car measures like speedometers and petrol gauges were positioned at an easy viewing level.

Since the creation and rapid spread of the internet, cars have become much more high-tech than these once were. Manufactuers like Tesla led the charge, but companies like Blackbox My Car offer products like dashboard cams which allow the average car to become more technologically advanced. Digital dashboard give you more control of entertainment features, allow you to make phone calls, and adjust the temperature in the car at the touch of a few buttons.

As you can see, car dashboards have altered and adapted significantly to the changing times. We certainly seem to be moving towards a more high-tech car world, but who knows where else we could be heading as new innovations such as driverless cars start to become a reality?