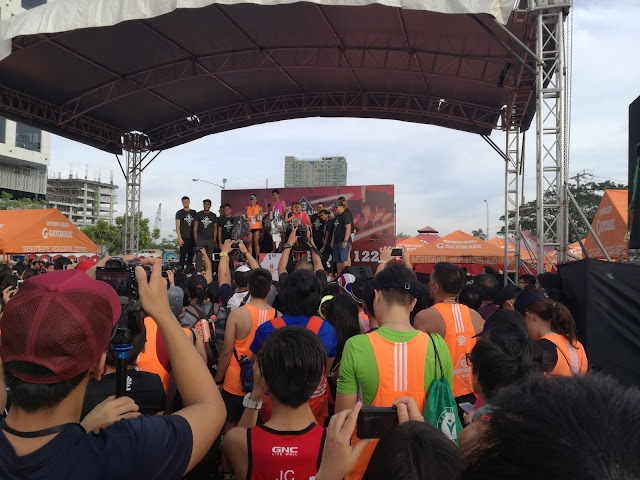 Gatorade, in partnership with Coach Rio Dela Cruz’s Runrio Inc., has successfully held the much-anticipated “Gatorade Run 2016” at the SM Mall of Asia last November 27, 2016. After its ground breaking attendance of 6000 registered runners during its first launch last year, the Gatorade Run 2016 has continued to meet the hype as thousands of 11 KM and 22KM joined its second year run.

The word “epic” would be an understatement to describe this race. An event led by the triumvirate of Gatorade, Runrio Inc, and the world-renowned sports brand, Adidas, is a sure win to all running enthusiasts. For two successive years, their solid partnership has brought every runner’s dream event into reality: A well-organized race, sufficient and appropriate hydration, and quality race kit inclusions and post-run freebies.

As promised, the Gatorade Run 2016 designated interesting and interactive sections in its race village. Gatorade’s Trivia and Hydration Information station was set to guide runners about the importance of pre-and post-run hydration. A spacious Recovery Stretch Area allowed runners to conduct their cool down routines and post-run stretches. The Adidas “Manila Run Greatness” exhibit displayed various selections of their acclaimed Pureboost X and Purebost ZG series for runners to try in their succeeding runs and events. A Warm-Up section facilitated by the Gatorade crew enabled runners to have pre-race exercises and drills while waiting to their respective gun starts. A special booth for shirt printing was also allotted for race participants to have their Finisher Shirts customized after the run.


The race itself was packed as well. Shouts of support and encouragement rang in the air as selected cheerleading teams from different colleges and universities across Manila awaited the runners in the remaining mile of the race route. A lot of sash/banners were distributed along the way. This seemed to be an added feature for this year’s run. Each runner may have his or her picture taken while flashing the sash/banner with the word “FINISHER” inscribed in it. (Author’s Note: It looks like a sash but works like a banner. Nonetheless, it felt glorious to raise that at the finish line.)

After everything that has been said and done, a question remains: “Should you try the next Gatorade Run?”

Congratulations to all finishers and race organizers! #NothingBeatsGatorade