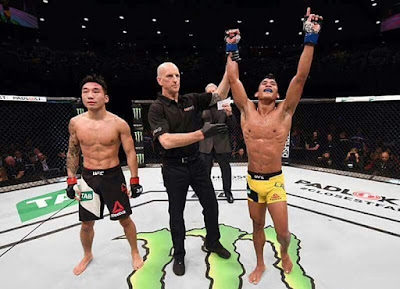 Tyson Pedro gave an awesome performance as well. He kept his composure after being knocked down and recovers. The Aussie gets his first UFC win in round one by choking Khalil Rountree out and awarded $50,000 for Performance of the Night.

Our very own Jenel Lausa's UFC debut fight at flyweight was victorious, too. He edges Yao Zhikui bags unanimous decision win. His headkick followed by punches on the ground in the second round was the most exciting part of the fight. Great that another Filipino is making waves in the world's number one mixed martial arts promotion company. 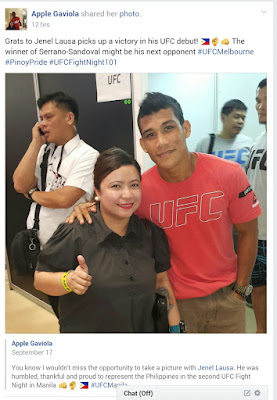 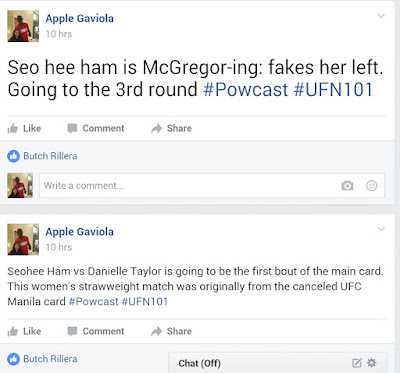 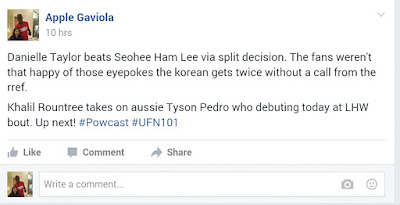 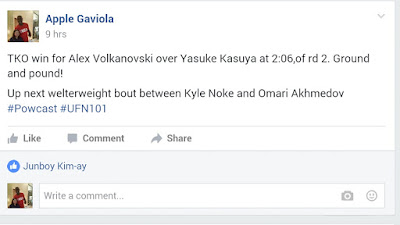 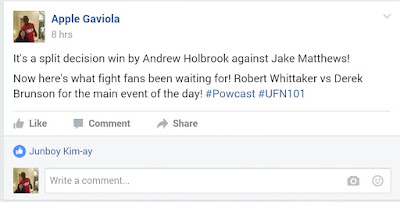 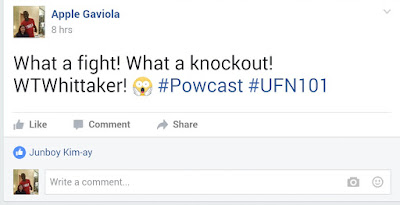