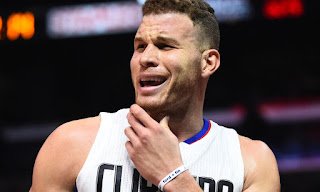 After the surprising Blake Griffin deal, what's next, NBA?

The shockwaves that were created by the blockbuster deal that sent Blake Griffin from the Los Angeles Clippers to the Detroit Pistons are still fresh in the minds of the NBA fans.

Here's a reason why that trade is considered by many pundits as surprising, to say the least, Blake Griffin, despite his inability to stay healthy, was considered by many as the future of the franchise as his stint which included playing alongside Chris Paul and DeAndre Jordan, has brought the Clippers back on the NBA map and made them even more famous over their cross-hall neighbors, the Lakers. In fact, Blake Griffin now joins NBA great, Chris Webber who was traded despite having a stat line that includes 20 points, 7 rebounds, and 5 assists. So why did the Clippers trade away Griffin?

One of the probable answers is that the Clippers are now in a rebuilding mode.

And the Blake Griffin deal was only the beginning of a series of blockbuster trades that are about to hit the league now that the trade deadline is under two weeks away.

Having said that, there are many possibilities that can happen and below are just some of them:

The Cavs will make a deal

This isn't a surprising thing at all considering the mere fact that the Cleveland Cavaliers are in a chaos as of now as the Cavs, currently down big against the Pistons, have dropped 6 of their last 10 games. Here's the thing: the Cavs are rumored to be interested in acquiring Lou Williams and DeAndre Jordan from the Clippers, and George Hill of the Sacramento Kings.

Here's the problem: the Cavs are said to be willing to let go of Tristan Thompson, Channing Frye, and Iman Shumpert. The mentioned players are playing one of their worst seasons of their respective careers.

For the Cavs to be able to get a great talent, Cleveland must be willing to let go of Isaiah Thomas or even Kevin Love. In short, pundits believe that the only way the Cavs can rescue themselves from their sorry state is to trade any player except for one: LeBron James.

Pistons and the Toronto Raptors to acquire Younger Players

As it turned out, acquiring Blake Griffin wasn't the last move the Pistons are going to make this year. They are rumored to be willing to send Stanley Johnson to the Utah Jazz in exchange for Rodney Hood. Assuming that this trade happens, this will give the Pistons an additional depth in the backcourt and another steaky scorer that can also make it rain from outside.

On the other hand, the Raptors, despite owning the second-best record in the Eastern Conference, are reported to join the trading party Why? They are in need of more reliable shooters from the three-point line as that's the specific area the Raptors are struggling right now. With the right deal and the right players, the Raptors might be able to catch the East-leading Boston Celtics.

The New Orleans Pelicans will now have to play the rest of the season without DeMarcus Cousins. Having said that, Anthony Davis will need all the help he can get. As it happens, Nikola Mirotic of the Chicago Bulls might be the player who can cover the absence of Cousins as Mirotic is rumored to be going to the Pelicans as New Orleans is willing to give up Omar Asik and a draft pick in exchange for Mirotic. This will be beneficial for both squads because New Orleans won't be worrying about Asik's 34 million Dollar-contract and the Bulls will have additional draft picks that can help them in their rebuilding process.