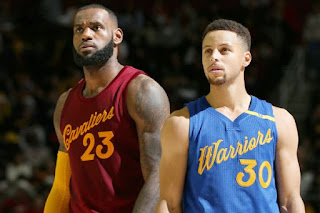 This is to heighten the level of competitiveness during the All-Star Game.

Over the past seasons, tons of NBA fans have been complaining about the lack of competitiveness among players who have been participating in the All-Star Game. To begin with, defense has never been a vital part of the All-Star Game as players would prefer to go for alley-oop dunks and acrobatic lay-up finishes.

While dunks are fun at some point, repeated dunks and alley-oop plays have been the primary reasons as to why some NBA fans are already getting bored of the All-Star Game. At some point, the game between the US versus the World on All-Star Saturday has shown some competitiveness in last season's edition.

To improve the overall "quality" of the All-Star Game, the NBA has implemented some interesting changes for this season's All-Star Game. Of course, the starters will still be voted by fans but one notable change is that there will be no more East versus West. Instead, the player who received the highest number of votes, namely Steph Curry from the Western Conference will now be the captain of Team Curry, and LeBron James from the Eastern Conference will lead Team LeBron.

Here's the catch: both captains have drafted their respective co-starters and reserves. What makes this change so good is that captains are allowed to draft any player from any team from either conference.

Now, to improve the quality of competitiveness during the All-Star Game itself, the NBA is said to be giving away 100,000 Dollars to each player of the winning team. That's a 50,000 Dollar increase from the previous amount. On the other hand, the players from the losing team will still get 25,000 Dollars each.

According to the players who will be playing during the All-Star Game, this will be a welcome development and all agreed that such incentive is definitely a game-changing move not just for the NBA but for the fans as well because given that there's a bigger amount for the winning team's players, the actual game will be much more exciting because a higher incentive can motivate competitiveness. Al Horford, for one, has said that such move will now make players take the All-Star Game more seriously.

100,000 Dollars is a huge amount and can make NBA players drive for more loose balls regardless if they are down 1 or up 10. Will it improve the quality of the All-Star Game this season and beyond? Possibly.
Labels: 2018 NBA All-Star Game Al Horford Basketball Iggy Lebron James NBA Steph Curry