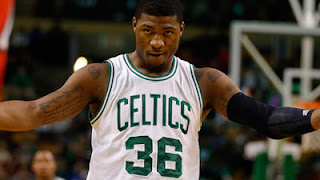 According to reports the Celtics want to get a top 10 pick later today. The Celtics intially offered Marcus Smart and their 16th and 28th pick to the Sixers for #3 and Nerlens Noel, obviously the Sixers declined the offer.  I think the best team to get Smart and the first round picks would be New York if they are not that sold on Mudiay or Porzingis. I don't know if Smart will be better in the long run for New York but he is not a push over either. I have a feeling that the Celtics want to get either of the top PG's in this draft. they should include another player if they really want the Sixers to bite this offer.