Bouncy Thoughts: 3 Reasons Why Abueva is Called "The Beast" 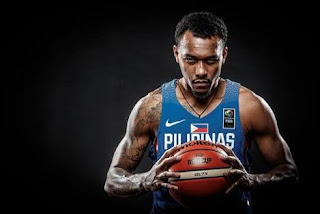 Who's the PBA daredevil? Of course, it must be somebody with a beastly energy.

There's only one 'The Beast' existing in the league and it is non-other than Calvin Abueva of the Alaska Aces. He's been renowned for a number of reasons and in this article, we will narrow it down to 3 reasons why he became prominent as 'The Beast'.

It is inevitable for players to fall down on the floor awkwardly that it sometimes lead from minor up to the most serious injuries that end most careers -- the darkest day in an athlete's career. But not with Calvin Abueva, in fact, it would be unusual if you don't see him slam down on the floor hard alone or with his defender. He even became famous and the commentators call this moment the Calvin Crush.

Who would dare to sacrifice his body every single time? Well, Calvin Abueva answers that question with full clarity every Calvin Crush.

Abueva is an x-factor for the team he's playing in. Why? He has the power to irritate his opponents and drag them out of their game focus. Regardless of Abueva being naturally annoying as a person or as a player, it's effect is evident. Even some players ran out of patience and engage in out of game commotions with the beast. See the effect? It may not be a great trait but it plays a role somehow for the team and adds up some spice in the league. In fact, it isn't just effective only in the PBA but even up to the international basketball with Gilas' foes.

Aside from attitude, Calvin won't be a PBA player without skills. Abueva's got the athleticism that provides hustle for his team and hassle for the opponents. Calvin lacks the size advantage but with his jumping power and overflowing energy to endlessly run back and forth to the court with significant speed, Abueva isn't just a typical competitor but a full-blown beast willing to put everything on the line for a victory.

How about you? Do you have questions regarding the other players' nicknames and aliases? We'll unravel the secrets and reasons together one by one up to the last player.