A Wheeler's Opinion: Kia Picanto will Draft Standhardinger but will Not Stay with the Team For Long, Here's Why

Christian Standhardinger Could be Traded. Soon. 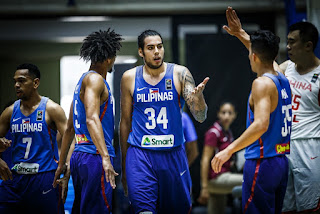 Christian Standhardinger will be one of the most sought-after big men once he enters the PBA.

Christian Standhardinger, the Filipino-German who replaced Andray Blatche as the naturalized player for the Smart Gilas Pilipinas national team is about to enter the PBA upon announcing that he is applying to join the upcoming PBA Draft this month.

See Also: Other Fil-Foreign Players who applied for the 2017 PBA Rookie Draft

This announcement came in a few weeks before the likes of Kiefer Ravena and Jeron Teng made their respective intentions to join the draft.  The 3 of them will make up the top 3 picks in the draft.

If the initial order is to be believed, Kia Picanto holds the top pick followed by the NLEX Road Warriors and the Blackwater Elite who will select 2nd and 3rd respectively, then it's a no-brainer that Kia will go on to select Standhardinger as the top pick bearing any last minutes swaps. Kiefer Ravena will have to listen and endure to the yells of Yeng Guiao assuming that NLEX will select him while Jeron Teng will team-up with Allen Maliksi and Mac Belo should the Elite picks him.

Now, let's focus on the possibilities of trades for Christian Standhardinger. While there's no doubt that he will start for Kia assuming he is still around come the opening night, make no mistake, PBA fans. Don't get surprised of Standhardinger will start for another team and this is something that we should all expect.

He was the leader in efficiency during the 2017 FIBA Asia Cup where he also averaged 15 points per game. In addition to this, he was also a vital piece to Gilas' gold medal finish in the SEA Games where they ran unbeaten. If you want to win right here, right now, keeping Standhardinger would be a must for Kia and getting Standhardinger will be a must for the other teams.

Now, speaking of trade possibilities, one strong contender who will definitely try to trade for Standhardinger is none other than the Talk N Text KaTropa especially considering the ugly way they ended their Governors' Cup campaign after they bowed down to the defending champs, the Barangay Ginebra Gin Kings during their semifinal series. One of the reasons why the KaTropa lost that particular series was because the big men of Ginebra outmuscled and outperformed the big men of TNT in every possible way.

While Troy Rosario and Kelly Williams were producing good numbers and Jayson Castro is still making people remember that he used to be the best point guard in Asia, just imagine a TNT starting 5 with Christian Standhardinger at the center position. June Mar Fajardo may want to watch out because a Christian Standhardinger playing for a powerhouse team will give the former a run for his money.

Of course, TNT would need to trade away some of its assets if it wants to have Standhardinger on board. The question is: who? Back in December 2014, TNT was said to be willing to trade away superstar playmaker, Jayson Castro for Kia's pick. We all know that the deal didn't materialize. But, will TNT pull the trigger this time around? Will Kia accept?

Let's just say that both Kia and TNT agree to the said swap. Let's assume that Kia decides to let go of a future for an established star. This will enable Nash Racela to put former UAAP MVP, RR Garcia into the starting unit to team up with Roger Pogoy. But then, it's a big gamble especially for Kia because Standhardinger will be one day, among the dominant big men in the PBA especially when the Kraken retires. Kia can even ask for additional players and future draft picks like Moala Tautuaa because they are trading away a big part of their future.

On the other side of the fence, keeping Standhardinger will also benefit Kia especially with players like Nico Elorde, Eric Camson and even Rey Guevarra starting to produce good numbers on some of the games and that's one proof that the system of Chris Gavina is already clicking. Slowly but surely. That is.