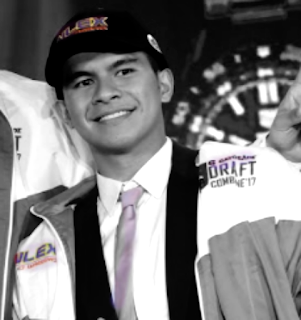 How much Kiefer Ravena will earn in the PBA?

Kiefer Isaac Crisologo Ravena, the former two-time Champion, and UAAP MVP just got paid and this is just the beginning.

Ravena was picked second overall in the recent PBA rookie draft just behind Filipino German Christian Standhardinger who was picked by SMB after acquiring the draft from Kia. Ravena has been highly regarded as the best pure Filipino player in the draft and expectations are already high for the young 24-year-old as he leads the newly invigorated NLEX Road Warriors team that surprisingly did very well in the last PBA conference.

According to sources, NLEX Road Warriors signed the coveted guard to a 3-year max deal that would see him team up with Kevin Alas who is the current primary point guard of the Warriors. The amount is about 8.5 million or 230,000 pesos per month which is not bad for a rookie.

Coach Yeng Guiao expects Kiefer Ravena to make an immediate impact and getting a max deal certainly says a lot about the commitment of the team to the young rookie.

Side note: Kiefer Ravena's father Bong Ravena was also a professional PBA player and was also coached by Yeng Guiao.