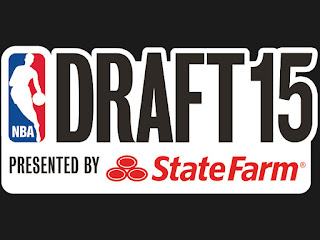 After watching the parade of the Warriors in Oakland, I was thinking if the other team's were tuned in because I stayed up so late to watch almost the full parade, my wife had to stop me because it was already 4:30 am. I can't believe its so near that I almost felt the pressure for the players who would be selected in the top 5.

Those players are the following:
All videos have their own source. No copyright infringement intended.

Be ready for the future star players from this draft.