Who is Chad Mendes? 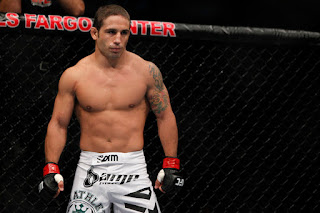 Chad "Money" Mendes is a wrestler fighting at featherweight division. His the current #1 contender on the division. His on a winning streak since september 2008. Only one man was able to stop him on UFC 142 he lost to Jose Aldo last January 12, 2012 after the lost he was able to win on all his fights until 2013 on UFC Fox.

After 2 years he was able to land a fight against Jose Aldo again on UFC 179 unfortunately he lost to a decision giving him the second lost of his career. His determined more than ever to get a win and fight Jose Aldo for the third time. And cement his legacy as one of the greatest in mixed martial arts.