Kia to Trade Top Pick to SMB for Players and Cash, and it must be a lot of cash! 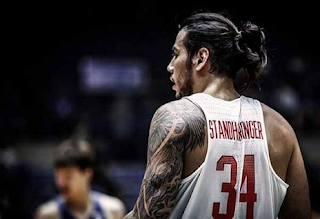 When Money is more important than winning

Kia is set to trade their top pick once again, this time to San Miguel Beermen.

Related: We predicted this might happen but kinda hoping that it didn't

San Miguel is set to acquire Kia's top overall pick for this year PBA draft that can potentially be either Christian Standhardinger, Jeron Teng or Kiefer Ravena for R. Reyes, Rashawn McCarthy, Keith Agovida, a future first rounder, and cash considerations. That's four players in exchange for one rookie.

This is not the first time Kia did the same stunt. They traded their top pick back in 2015. Troy Rosario was supposed to be playing for Kia and could have helped the longtime bottom team in the PBA to win some games but they chose to trade him for reasons that only they can understand. Rosario has since gotten 5 gold medal for the Philippines, two all-star appearances, and an All-star MVP.

Kia who had been struggling since they joined the PBA in 2014 has long been missing its identity and has struggled to get a franchise player and now that they have another chance, they are looking to give it away once again for a number of unknown players. That's questionable.

PBA Board Vice Chairman Dickie Bachmann has already voiced his concern regarding the intention of the move. Fans alike have scratched their heads and have challenged the PBA to decline the said trade.

If the trade pushes through, SMB could acquire Christian Standhardinger and will get to keep its core players like JunMar Fajardo a 4x MVP, Chris Ross, Alex Cabagnot and Arwin Santos. All part of the mythical team.

Kia should think twice about this trade.